There may be nothing better than to enjoy a perfect summer afternoon on the beach.

Water nearby to cool off, if needed – sand running softly between the toes – just a whole lot of relaxation while soaking up the rays.

The very busy contingent of Northern Chill Volleyball Club members who are regulars on the abbreviated beach volleyball circuit would definitely concur with the opening statement.

As far as relaxation, however, this is very little time for that as these devoted athletes make a habit of returning home with hardware almost every single weekend.

Certainly, provincial team participants Kameryn Vanwallegham and Alexia Lemay-Evans remain red hot, adding two more gold medals to their collection after capturing tournaments at both Horseshoe Resort and in Markham last weekend (that makes it four first place finishes and a second in five events, if you’re scoring at home).

But they are hardly the only Chill tandem to be out and about and enjoying some success these past two months. Haven Fournier and Alexie Chicoine have a pair of silver medals and an equal number of third placements to their credit in four tournaments, sticking to competitions in North Bay and Barrie in deference to any COVID concerns.

This marks five years as partners for the College Notre-Dame seniors, an added bonus when it comes to a sport that requires only two athletes to form a team. “Sometimes we have moments where it feels like we’re telepathic,” said Fournier, now 16 and preparing for her final year at CND.

“I just knew that she wanted me to put the ball there, she didn’t even have to say anything. It’s the chemistry of just knowing how each other plays. And, when things go wrong, you know how to help that other person.”

As beach volleyball gathers increasing attention and prominence, discussion turns to the ideal team makeup, the best fit in terms of the athletic connectivity and individual skills and physical assets that each respective team member should bring to the table.

“I don’t think you want two completely different players because then it would be easier for the other team to pick on one player versus the other,” opined Fournier. “If they are too similar, then it’s easier to find the same weak points in both of them. If you find the happy middle where each player has their own strengths and differences, but not completely contrasting, that seems best.”

And that is kind of what fell into place for the Fournier/Chicoine duo.

“We’re both pretty similar, skill-wise,” said Fournier. “She has the advantage of blocking at the net. “Although she’s a year younger, she’s taller.

“But I play power (left side) for my court season, so I have the advantage of having to read the hitters really well. I find that I thrive on defense, and it’s much more fun diving on sand than on the court.”

Looking to her post-secondary options, Fournier is trying to be realistic about simply filling a slot.

“I would love to set, but my height might be a challenge,” said the 5-foot-7 long-time local club player. “If I wanted to keep playing left-side, I would have to work on my vertical even more.

“I love to lib (play libero),” she added. “I find it to be such a relaxing position. I’m honestly open to any position, other than middle.”

Teamed up with Manon Charbonneau when it comes to beach season, middle is exactly where Mia Lemay-Evans does most of her damage when she reverts back to the indoor court game.

“Middles block a lot and they run a lot of different plays, so there’s more cool things that you can do as a middle,” noted the soon-to-be 15 year old who, along with Charbonneau, has run off a sequence of third – second – third in their last three beach tournaments in North Bay.

“Beach helps a lot with your jumping and foot speed and stuff, just because it’s a lot harder to move on a beach than indoor. When you get indoors, you can jump a lot higher, move a lot faster.”

Ironically, this wasn’t the only source of help in terms of drawing on one physical activity to help another for Lemay-Evans. “I was 11 when I started playing volleyball; I started because I didn’t want to dance anymore,” she said. “But the foot speed and the technical part of the foot movement that I learned from dance definitely helped.”

Such is the depth of local talent on the beaches that an all-Sudbury final was featured two weeks ago in North Bay, with Marley Tremblay and Abbey Walker claiming gold in a friendly grudge match with Lemay-Evans and Charbonneau.

“It was a lot of fun,” Lemay-Evans said of the matchup between four young ladies who were teammates on the Chill 14U Subzero squad during the winter of 2019-20. “This was a team that we knew, obviously, so we knew how they played and we could cheat a little bit.”

The truth is that even in a summer of competitive beach volleyball that started later than usual and is down somewhat in numbers because of understandable caution by some, the Sudbury presence is still obvious.

Hannah Kirwan and Fannie Gauthier have picked up first and second place finishes in 15U Female Premier action in North Bay, just ahead of both the Lemay-Evans/Charbonneau team, as well as fellow Chill members Shae St Onge and Alyssa Nicholls. This past Sunday, that trio of local reps captured three of the top four slots in a tournament that featured 13 entries.

On the boys side, Kyle Perreault and Harrison Wilson, both of whom have enjoyed provincial team experience this year, found themselves smack dab in the middle of the pack at an 18U Premier event in Barrie this weekend as well.

While this might not be an all-inclusive list as results on the OVA website do not include club designations, other local athletes taking part have included Michelle Scratch, Ashley Ruddick, Siobhan Noble-Poland, Gabrielle Comeau, Kate Rolston, Arianna Melanson, Hannah Crane, Abby Calvank, Kendra Shanks, Abby Managhan and Maili Jutila.

In other local volleyball news, Alexia Lemay-Evans was recently informed that she had been selected as part of the 28-member Team Ontario Elite – no application required.

“It’s a program that was developed to basically help close the gap between Team Ontario – Black and the Junior National team program,” said Lemay-Evans, who is expected to announce her post-secondary commitment sometime this fall or winter.

For someone who has been a provincial team mainstay for the past few years, this announcement is still a big deal.

“When I first got the email, I actually kind of thought they had sent it to the wrong person,” she said. “There’s no way. I went to my mom to see if she had signed me up for this, same for my dad, and we kind of realized that there was no application process.

“We were kind of handpicked, which for me makes it an even bigger deal, because it means that somebody out there saw me and said that she has potential.” 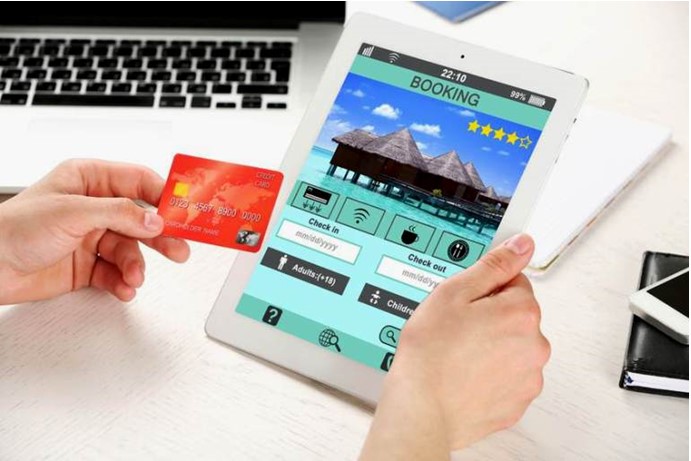